How To Play Rage Cage 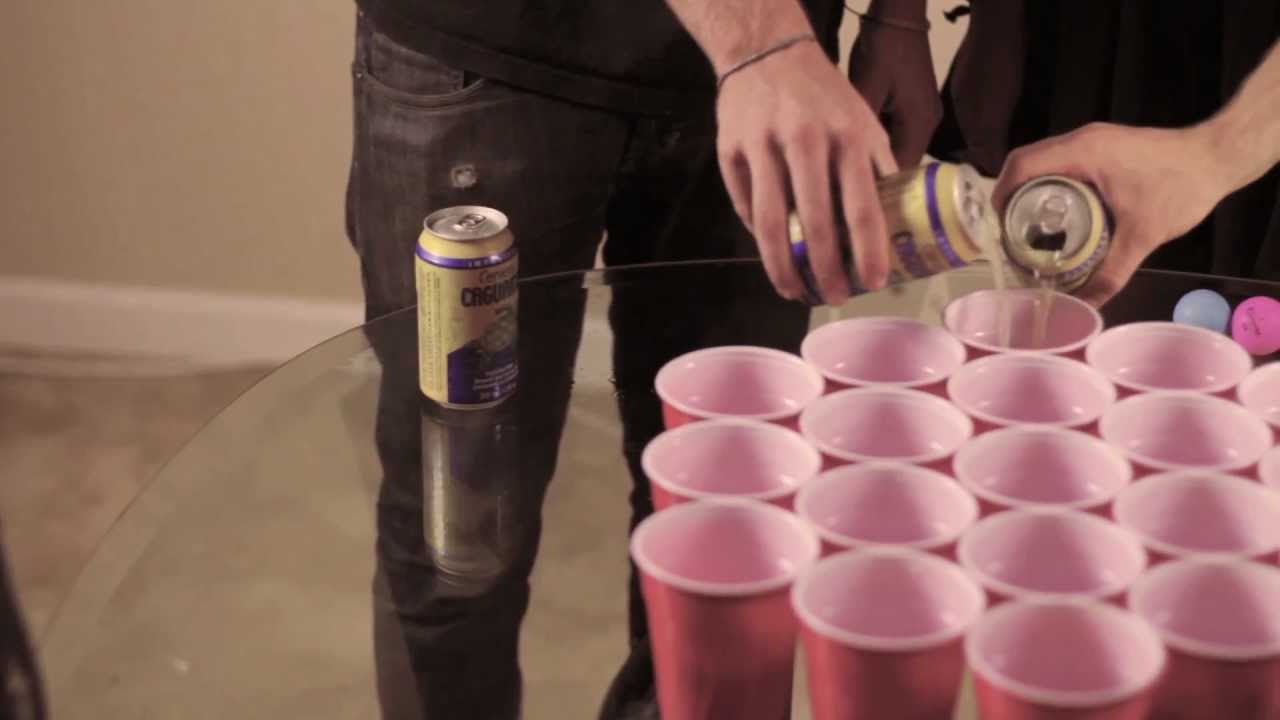 Place the cups together in the center of the table.

Fill the cups one third full, and entirely fill one cup at the center.

Configure the players in a ring around the table.

Pick two players standing across from each other to start.

They must each drink one of the beer filled cups, and proceed to bounce a ping pong ball inside of the empty cup.

Once accomplished, they will pass the cup, and the ball clockwise to the next player.

If a player happens to make it on their first try they may pass it to any player around the table, excluding someone who is still bouncing.

This continues until a player makes it into their cup while the next person is still bouncing.

Once this happens the player will stack their cup onto the next one and the losing player will pass their stack clockwise, pick a new cup, drink the beer, and proceed playing.

If they accidentally make the ball into one of the cups on the table, they must drink that cup stack it on top of the previous cup and continue to try and make it in the stack.

The game ends when all of the cups have been consumed