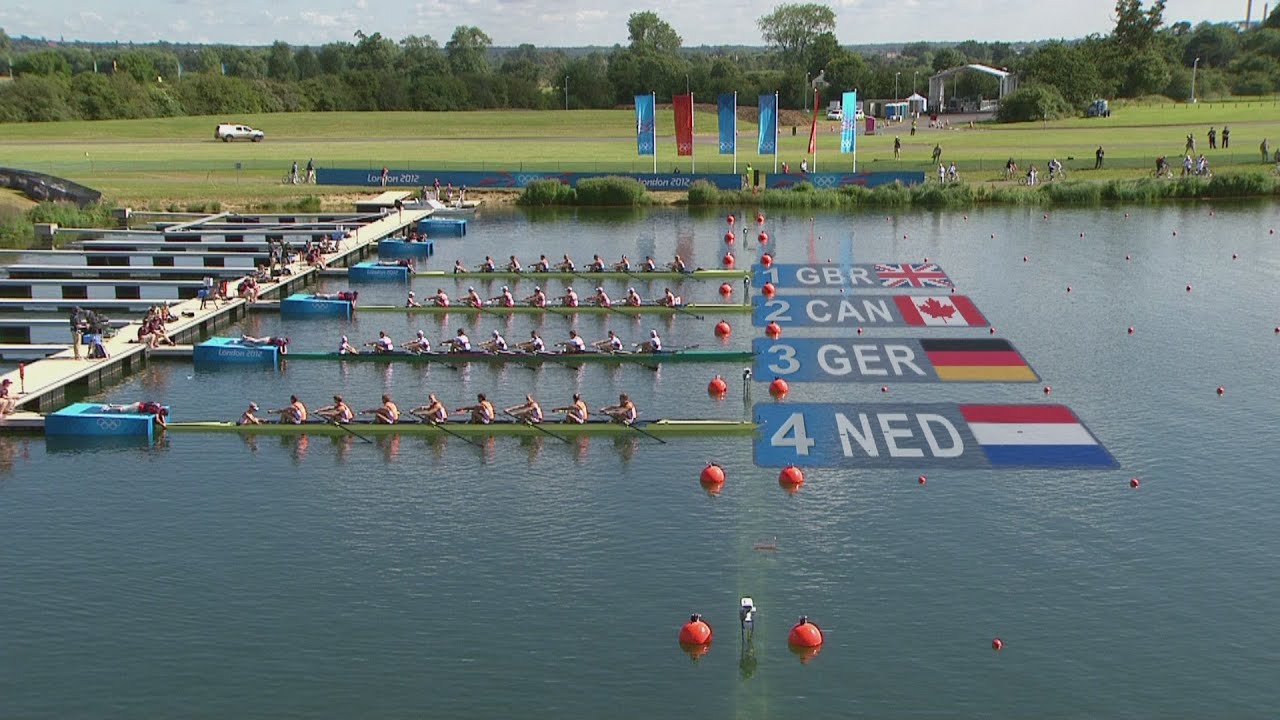 Full Replay from Eton Dorney as the heats take place for the men’s eight rowing event at the London 2012 Olympic Games (28 July 2012).

Rowing has been staged at all the editions of the Olympic Games, except in 1896 in Athens. It was, however, on the programme, but a stormy sea compelled the organisers to cancel the events.
Women made their debut at the Games in 1976 in Montreal. They competed in a smaller programme. The Olympic Games in 1996 in Atlanta marked the introduction of the lightweight events.

Find more about Rowing at