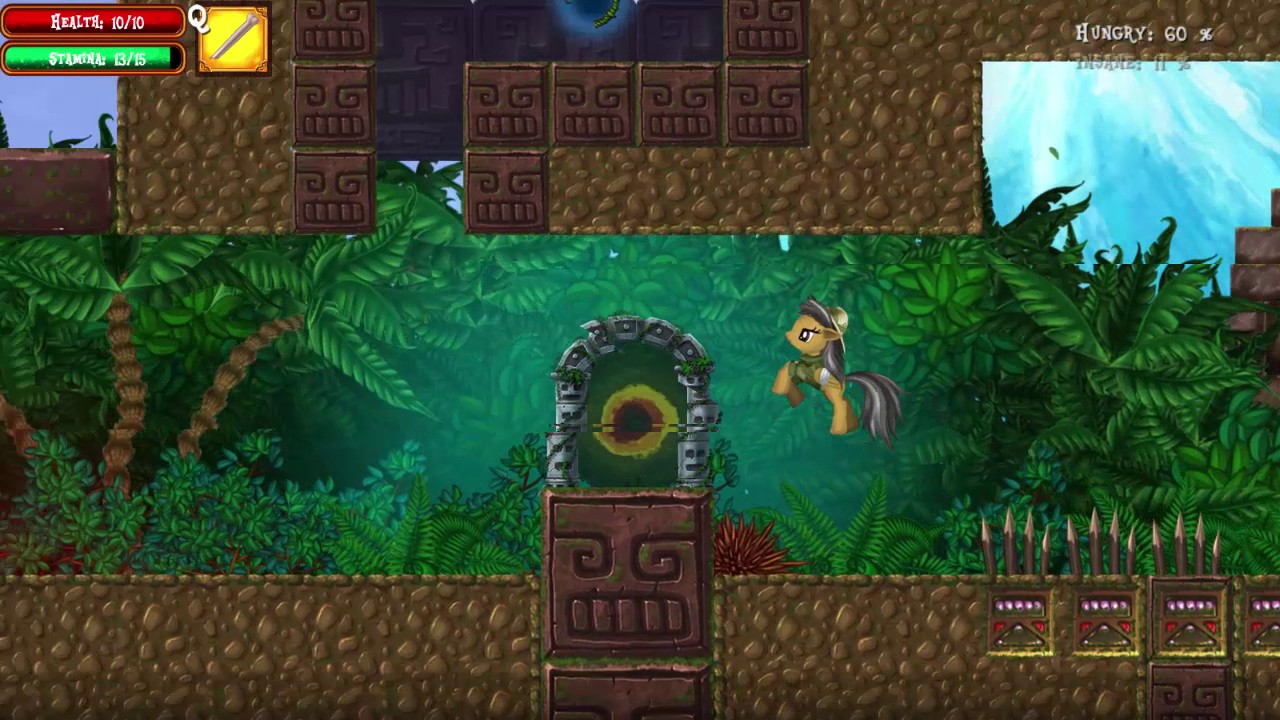 Because Youtube removed annotations, I’m unable to provide the commentary that I usually provide. So, sorry about that.

28:06 Temple Guardian (I once experienced this thing keeping the place flooded with water for so long, it was literally impossible to survive. Good thing it never happened during one of my runs.)

31:40 Shopping (I do this because the last segment is so long, I need to have a good fill of food that reduces Insanity.)

About this playthrough, it’s called a ‘No Death’ run, but it might as well be called a ‘No Hit’ run as well. On Impossible mode, nearly everything one hit kills you at 10 HP. Even if you were to upgrade that, the enemies deal over 30 to 50 damage, forcing you to spend every upgrade point on HP and Defense just to survive one hit, if even that. So I don’t bother with that and just go for Attack and Stamina. (As a little bonus, I also get past that Griffon section at the beginning of the game for more of a ‘No Hit’ run.)

If it looks like I’m being overly cautious with how I fight the enemies, pay attention to how they’re moving. Most enemies are impossible to one shot no matter how much you’ve upgraded your Attack. And a lot of enemies, when they get attacked, they like to respond by darting straight towards you, making getting hit by them impossible to avoid if you’re at the wrong position. So you’ll see me do things like attacking an enemy while falling down or using long reach.

Resting in Campfires is important for reducing your Insanity. If it goes above 25%, Shades will randomly appear on the screen. Although they only do around 1/4 of your max health, them being around will cause trouble. It’s far better than having your hunger go above 75% where you’ll start taking damage over-time. And by over-time, I mean like 1 damage every 30 seconds or something along those lines.

I also show quite a few secrets in the game, as well as 2 ponies that you can rescue. It’s not all the secrets, but pretty much all the ones I knew at the time. For example, at 14:23, there’s a weapon in a hidden path on a top right wall that I literally discovered a few hours after completing this run. (The weapon wouldn’t have helped me do this run.) Otherwise, there are some secrets that I show the path to, but don’t go because, it’s not worth it.